A telexistence AVATAR robot TELESAR VI, which allows you to see, hear, talk and perform various actions even if you are away from the place as your alter ego, was released at the Symposium & Exhibition of JST ACCEL "Embodied Media Project" held at Ito Hall of the University of Tokyo on Tuesday, November 26, 2019. It will be the telexistence platform that succeeds TELESAR V, which played a major role in the selection of ANA AVATAR XPRIZE, a global prize race aiming to realize AVATAR using the latest technology.

The feature of TELESAR VI is that it has 67 degrees of freedom (DOF) that is unique in the world as a telexistence robot. An index of how freely a body can move is DOF, which is the number of joints that can be controlled independently. In TELESAR V, this was 53, but in TELESAR VI, this was greatly increased to achieve 67 DOF. Until now, there were humanoid robots with 64 DOF and 114 DOF for human body models, but they could not do telexistence. The TELERSAR VI enables telexistence by controlling the 67 degrees of freedom of the AVATAR robot by combining the transmission of audiovisual sensations of presence and the unrestricted measurement of human user’s 134 DOF movements. In particular, having legs that move at will greatly increased the sense of possession of the body, and made it possible to feel more like having a new robot body. 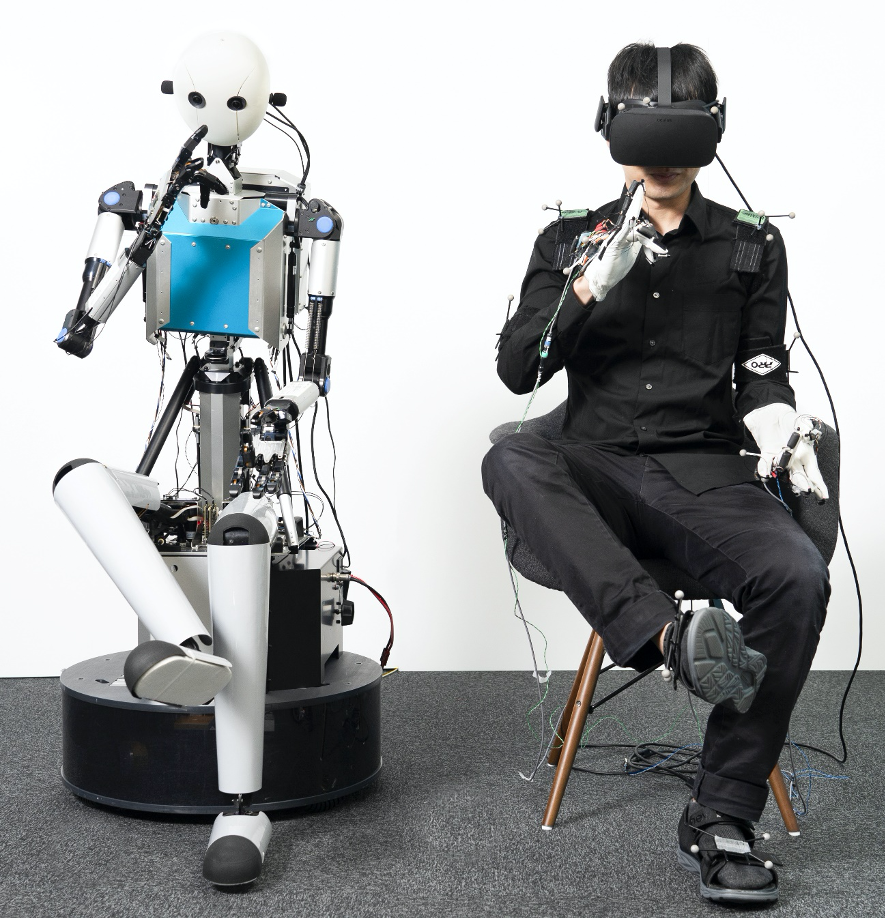 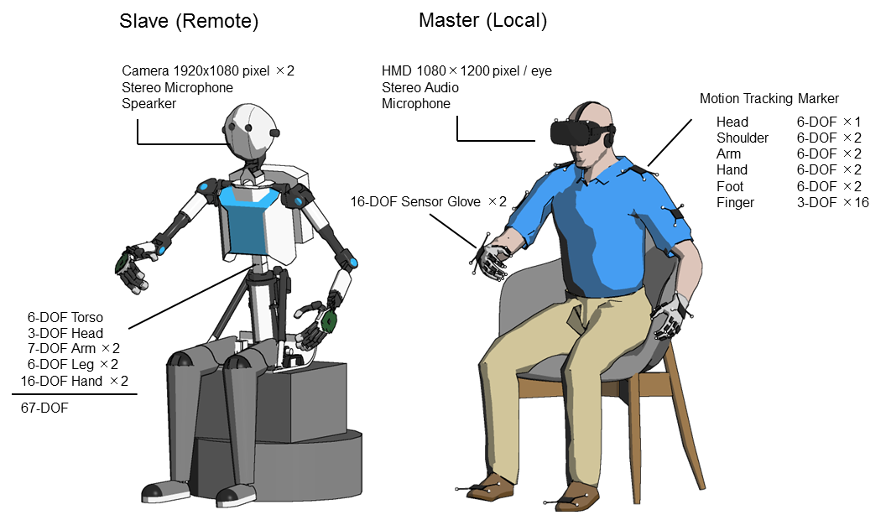